​WHAT THE LAW DID 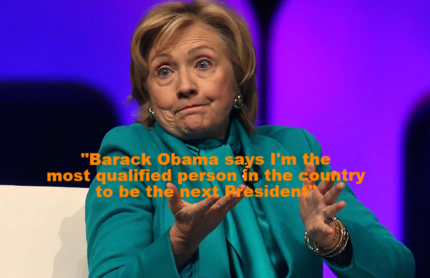 ​WHAT THE LAW SAYS

One need not be an attorney nor enrolled in an Ivy League law school to understand the meaning of the laws governing the handling of classified information by those entrusted to safeguard it. In addition, all individuals, whether civilian or military even at the lowest level of classification, receive explicit guidance as to the care of same. So when FBI Director James Comey states he's not sure if Sec. Clinton understood the classified markings on certain documents, it is not only a stretch, but breaks the logical conclusion of any fair-minded and reasonable thinking person. After all, according to her most ardent supporters, including President Obama, she's the most competent and qualified person in the country to be it's leader.

The Attorney General, Loretta Lynch, with her refusal to answer basic questions regarding HER decisions and reasoningto conclude that no charges against the former Secretary of State would be forthcoming, displays a level of arrogance, deceit, and abrogation of her sworn duty to uphold the constitutional laws of The United States, and to perform in that office as a servant of the citizens of this nation. If she is unable to perform with honesty and competence she should resign. If she was appointed by those with knowledge of her incompetence, and if she knew and accepted a job that was more than she could handle, the logical conclusion to make is that she has allowed herself to be 'duped' for someone's political gain or perhaps her own.

The citizens of America deserve and must demand better treatment by our elected officials, after all they are hired to do our business. Therefore let us not be fooled again. "We the people", through The Constitution, are the final arbiter of how we are to be governed and by whom.

Ladies and Gentlemen, ​have you reached a verdict? 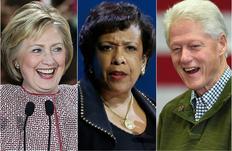