In many homes, social settings and some religious assemblies, the 'understood' answer to that question and the response of the guest is: "you know, white folks."

Joe asks his guest to consider the following:

Certainly the period of slavery in America was an abhorrent experience, as were the subsequent years of Jim Crow laws. Generally speaking, individuals who lived during that period and through the late 1960's, endured racial discrimination on a daily basis. To live with forced segregation, hatred without reason and diminution on one's self-worth, it is understandable to have the aforementioned opinions and conclusions regarding race relations. Notwithstanding these circumstances and against almost insurmountable odds, an incredible amount of courage, intelligence and bloodshed; coupled with the moral understanding that basic human rights are God given; blacks and whites together, persevered to remove the legal impediments to racial equality. Even so, and with the passage of Constitutional amendments (13,14,15 and 19), and the subsequent Civil Rights legislation in the 1960's, life for blacks in America was still difficult to say the least. 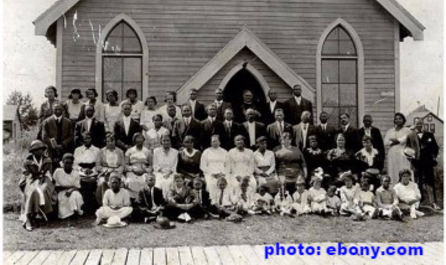 IT'S NOT MY FAULT

​It is 12:30pm Tuesday as Joe and Rick arrive at a local restaurant for lunch. While waiting for their order, they engage in light-hearted conversation about the job, family and sports. Rick mentions a problem he's having with his car and Joe offers the name of his favorite shade-tree mechanic.

About halfway through the meal, both men agree the midday reprieve is much too brief. So, it's eat on the run, back to work and the countdown to five o' clock begins. As the workday ends and almost in unison, the phrase "tomorrow, lunch is on me", elicits laughter from both. The day's next challenge - rush hour traffic.

Over the years the bond between Joe and Rick has grown to the point of inseparability. Not only as co-workers, but both their families enjoy close relationships as well. With shared holiday celebrations, weekend cookouts and attendance at the children's after activities; true friendship is reciprocated.

Joe is thrilled to offer his home as the gathering place for this year's July 4th celebration. In attendance will be his family and friends, and, of course, Rick and his family. The weather cooperates and as Joe makes the final preparations, guests begin to arrive. Not only does the grill heat up, but the summer sun also makes its presence known. While adjusting the patio sun shield, Joe overhears a guest make the comment - "...of course, that's what they do."

Recognizing the voice and tenor of the conversation, Joe must decide to join the conversation and rebut the comments, or lend tacit approval of them with his silence. He can barely contain his enthusiasm as the opportunity to offer his views on race relations, and, perhaps persuade his guests to change theirs. Eagerly he engages by asking, "who are they, and what is it they do"?

With unlimited opportunity available why are such biased and negative comments and attitudes among blacks still so prevalent? The simple answer answer is because it's easy! Blaming others does not require an assignment of responsibility to oneself when warranted. Also, look to the source of racially charged statements and determine the motives(s) behind them. Are they factually sound, or only used to manipulate emotion, manipulate for profit, or cause fear? Will such remarks promulgate ignorance and further divide the races?

​As the doors of opportunity were unlocked, choices had to be made. One could stand at the door and complain, or walk through and avail oneself of the rewards on the other side. The latter choice speaks to Joe's argument. The mindset of blame can be reversed by an honest and introspective assessment of your circumstance. Joe offers his guest this advice:

"Your opportunity to succeed depends on a willingness to accept the responsibility to succeed. If you desire the reputation of a person with high moral character, one who is thoughtful and competent, then look to the past and restore the foundational principals which were proven successful by your predecessors. Prepare for life's challenges realizing there will be positive and negative outcomes. Accept and enjoy the positives with humility. Learn from and overcome the negatives with knowledge, courage and principled future actions. Don't be afraid to walk through the door!"

As the burgers begin to come off the grill, Rick and his family arrive. He offers an apology for his late arrival. "no problem, you're just in time!" Rick turns in direction of the voice and is greeted by a smiling stranger. The guest offers his hand and says, "while have not formally met, through Joe's 'introduction' it is mt pleasure to make your acquaintance." Puzzled, Rick looks at Joe and asks, "what have you been up to?" The guest warmly and enthusiastically replies, "WELCOME TO INDEPENDENCE DAY!!!!"

Of equal importance and in conjunction with the legal obstacles removed, the missing ingredient was the moral actions of individuals, which require the character and integrity of individuals to come to the fore in order to complete the equation. Irrespective of former grievances, to cure the illness of racial discrimination, honesty and mutual forgiveness is now warranted.

As history shows, the original place of refuge among the slave population was the Church. Solace and hope was found in the teachings of related scriptures concerning bondage {slavery}, redemption and forgiveness. Specifically, Exodus chapters 1-12, The Gospel of St. Luke chapter 6 verses 20-49, and St. Matthew chapter 7 verse 12, all found in The King James version of The Bible. These passages of scripture were critical in the formulation of the 1960's Civil Rights Movement.

Throughout the times of racial oppression, the elders of black families impressed upon and encouraged their children to live as moral members of American society, and maintain a solid family life based on the aforementioned religious principles. Also, it was a badge of honor to garner a formal education, as this was the prize which had been elusive even unavailable for decades. With the advent of these new freedoms; racial, social and economic parity, ideally all things in life; The American Dream, were in reach.

However with freedom, comes the responsibility to accept the results of one's actions, as well as one's in-actions. But over time, their foundational basis of freedom - religious morality - was ignored, and with that the inheritance due, was squandered. With this occurrence, the argument of racism being the cause of life's inequities for generations born 1965 and later, is a specious one at best.

For example, a loan denial once due to red-lining, may only reflect the applicant's poor credit history. A business failure could be due to inadequate preparation for the endeavor, unlike the past when a black businessman's storefront may have been burned to prevent the success of that business. In matters of employment, a career was out of the question and any employment if gained, would have relegated you to only menial tasks. Some however, will continue to attribute any negative societal outcome to hidden and/or overt racism, with the excuse of "my skin color" as the reason for the failure. Using this crutch to define your shortcomings will do more to delay success in life than most any outside force. The belief in such rhetoric will dilute, if not eradicate your self-esteem, and put at a perpetual self-imposed disadvantage. Remember that one purpose of involuntary servitude is to suppress the inherent yearnings of man for freedom, equality and respect. Why then, voluntarily, impose the same? 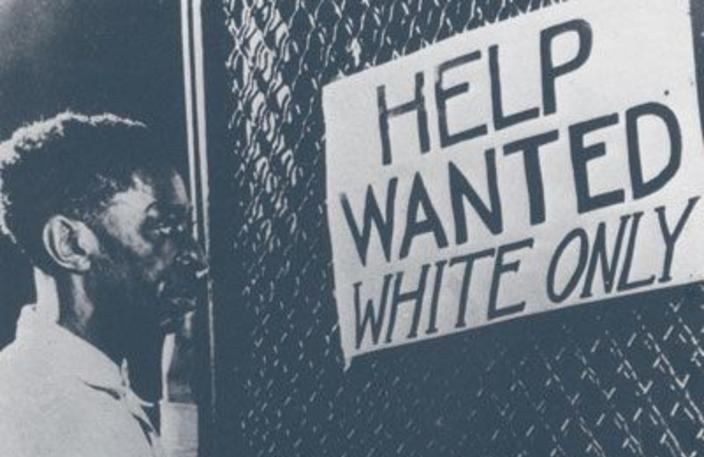 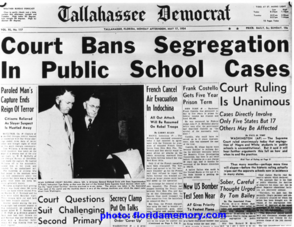