Click here & Listen live to Sherman Mays weekdays 10-11am EST on WFNT.com 1470AM 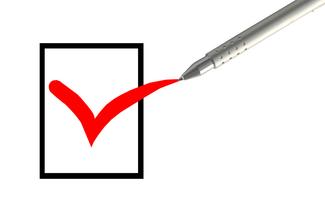 The foundational question is simple; does the rhetoric match the result? Political solutions should be measured against their claims.

Life is not without challenges and individuals within a free and civilized society seek to minimize the negative effects of these challenges through self-help, help from family and friends, and when necessary, their government.

To achieve relief, an honest assessment of the problem must first be made. Also, one must seek out from the aforementioned entities, which one will offer resolution. Ideally, the solution offered and employed will not only solve the immediate concern, but also prevent its re-occurrence.

​Those closest to the problem are most likely to employ the best method of permanent resolution. In a representative form of government, "we the people" agree; if it is determined personal efforts are insufficient and the immediate community incapable, then the government may be enlisted to assist with personal problem solving. If and when governmental intervention is required, those elected as our representatives should implement through a specified law, defined measures to address only that issue, then relinquish that authority back to the citizens. Before acting, the criteria for politically induced remedies must meet the following test:

a) not infringe the constitutional sovereignty of the citizenry

b) address only that immediate concern of the community

c) be measurable over a pre-determined period of time

Those who act as our proxies must be chosen, {voted in}, with prudence. In addition, a clear understanding of their motivation to hold elected office must be known prior to their assumption to the position of the people's representative. Their foundational basis of governing must be rooted in a willingness to follow the Constitution of The United States. This is the first requirement and should not be compromised for political expedience or by pressure from outside interests.

Of such import is this measure of accountability, if we don't hold elected officials to this basic standard, any 'assistance' accepted from a corrupted government institution could be disguised by the benefactor as absolutely necessary, resulting in the erosion and subsequent elimination of one's independence.

It is not required that government programs maintain or sustain perpetual life in order for a civil society to exist. Once a program becomes ineffective, or strays from its original intent it must be eliminated, and the citizens should then determine if further involvement by government is necessary.

Never-ending 'government benefits' as the cure for life's ailments will create a dependency on government within the society, which leads to the suppression of liberty, and a feeling of exasperation towards freedom.